A big Thank You! to everyone who attended.  Over 450 people came through the event.  All in all, the conference was a great success.  Thank you to all the conference presenters, sponsors, Trade Show participants, coordinators, work-traders, herbal beverage companies and other attendees.
Read Michael Pilarski's post-confernce wrap-up letter

“What a FANTASTIC event by the way! I learned so much and had such a great time. Thank you for organizing the event!!” Anna Cowsert-Hinrichs, Student Vendor Coordinator, 18th Bastyr Herb & Food Fair 2016.

“A humongous undertaking that is sure to make a significant difference in many people’s lives in many different ways in the years to come.  What an amazing event! I am still digesting it all – a bit overwhelming! So many good people gathered in a single place, all with a profound respect for herbs and other plants. It has given me much to think about the past couple of days while I have been catching up on gardening tasks.” Blythe Barbo.

“Just wanted to say thank you and big congratulations for bringing us all together for such an amazing weekend of sharing. I hope you are basking in the success of the community event you hosted and I hope you consider doing it again.” Jeff Carpenter.

Read more testimonials, add your own and/or offer suggestions for improvement HERE.

Hello to all the Medicinal Herb Growing & Marketing Conference participants,

The MHG&MC was the first-time coalescence of herb farmers and herbal product industry representatives in the United States and has laid the groundwork for enormous economic potential in the years and decades to come.

The refrain we heard over and over again during the conference was ‘quality, quality, quality.’  Better quality herbs means better quality products. We also need a better quality of human relationships in the supply chain. Fair trade and non-exploitation of human labor or the environment. Sustainability of wildcrafting was a topic of conversation. The public will benefit from a more robust medicinal herb industry.  People’s general health and welfare will be improved as the herbal industry’s product quality is improved.

While the conference was billed as a Pacific Northwest regional event, it was clear from the start that it had a national appeal. People attended from Maine, Vermont, Connecticut, Pennsylvania, North Carolina, Minnesota, Colorado, Arizona, California, Montana, Idaho, as well as representatives from Canada, China, Somalia, Iran and several Native American nations.  Our plans are to make the 2017 MHG&MC even more of a national event. There is obviously a need and a desire.

Certainly there were glitches and things to improve. This was a first time event. One of the most obvious problems was that the printed program of workshop times and locations did not always match the on-site schedule board. A few workshops and panels did not happen due to schedule changes, presenters not making it to the conference or lack of interest. Signage to get people to the classrooms was sketchy till Mary McNutt added a lot of signage in the classroom buildings.  We will get on that much earlier next time. 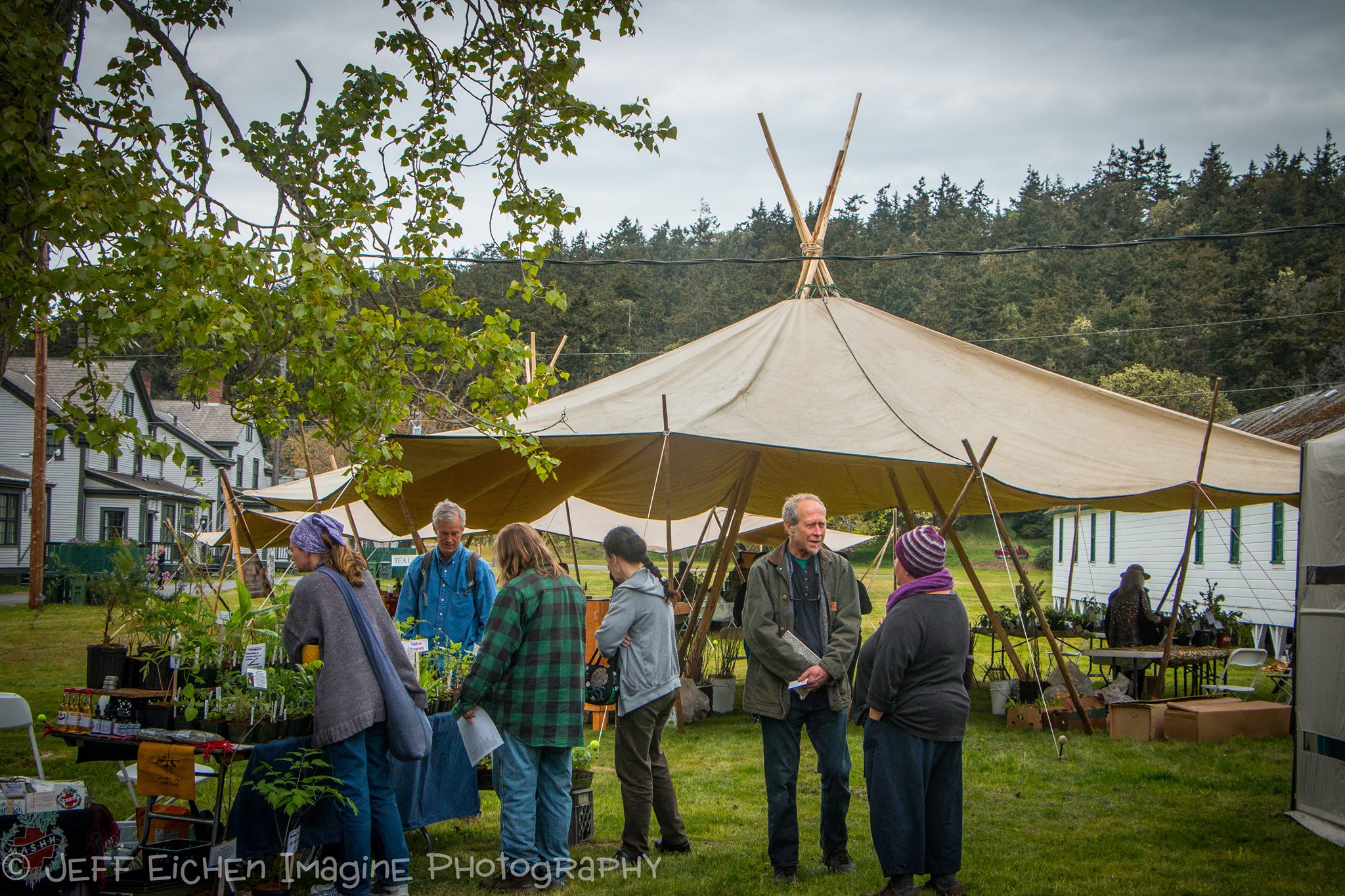 One limitation is that I had never put on an event at Fort Worden before and was unfamiliar with the classrooms. I had to guess how many people would attend each workshop to assign them rooms and did not always guess right. Some workshops were filled to overflowing. Ryan Drum’s and James Jungwirth’s hilarious and informative Seaweed Wildcrafting class was one glaring example of a space way too small for the crowd that wanted to attend. Another limitation was that some of Fort Worden’s largest conference rooms were booked by another event on Saturday and so we did not have as many large group spaces as we could have used.  It looks like we will do the next MHG&MC at Fort Worden and will book up the facilities much earlier so we have more spaces to work with and we will have more familiarity with the classrooms and their capacity as well as with the meal system and the lodging facilities. For 2017 we will reserve all the classrooms and lodging well in advance.  Fort Worden currently has me penciled in for March  24 - 26, 2017.

In retrospect, one of my biggest mistakes was in not giving time for Peter McCoy to deliver his promised keynote at the closing circle.  My apologies to Peter and to everyone.  I will write up some of my thoughts on Radical Herbology to make up for this shortfall and perhaps Peter will write something up to post as well. Having Jeff Carpenter and Yvan Rochon give keynotes in the middle of the Tasting was a challenging assignment and we won’t do that again.  Next time we’ll have the Saturday evening keynotes just prior to the Tasting.

We will improve a lot of things at the next conference. We had 5 months lead time for the 2016 event and now have almost 12 months till the 2017 conference.

We have set up two comments forms on the MHG&MC website home page so you can post your comments: Accolades & Testimonials, and Suggestions for Improvements. We would love to hear what you liked about the conference while it’s still fresh in our memories and how it was helpful for you (and the herbal movement). And we would like to hear how we can do even better next year.

“This was very rich and dense event full of well everything herbal! It was a resoundingly successful event! This year went so well that next year is going to be big.” Peg Schafer.

“It was an honor to participate in the conference. Thank you for giving a voice to all of our botanical friends and allies.” Brian Wallace, Endorfin.

“The weekend was wonderful and I'm looking forward to next year already. I have a lot of incredible connections and inspiration for the next year.” Rachael Fairbanks.

“Yes! Fantastic! So much gratitude to you for the gathering heart emoticon.” Nicki Neilson.

PHOTOS:
A huge amount of photographs were taken by numerous people at the event.  We want to put together a photo album page on the MHG&MC website.  Please send us your best photos to add to the photo album.  Jeff Eichen has already shared 115 of his photos on the MHG&MC Facebook Event pages (some of which are represented here). Here's where you can view them.  Jeff will eventually post even more of his photos and videos on his website.

AUDIO RECORDINGS:
Audio and video recordings of the conference will be available for sale and distribution. Prices to be determined but will be quite affordable. Questions – contact Cedar at [email protected] or 360 383 7205. 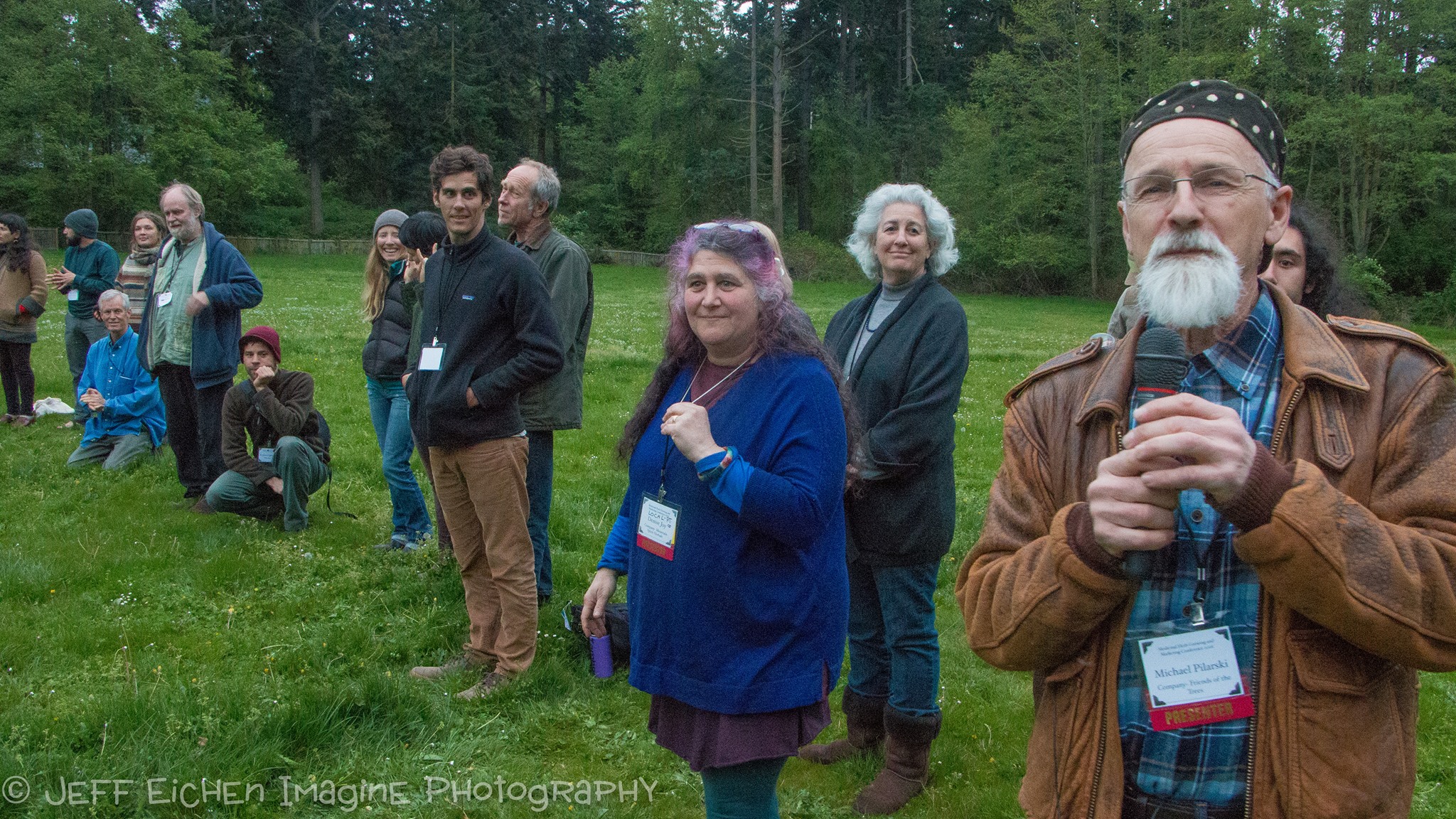 VIDEO:
We will be posting the best videos of individual workshops, panels and keynotes on our website as they get edited.  If you took video recordings we’d love to receive them to add to our collection of videos for inclusion in our video reports. We will have a Dropbox to send large documents to. Who would like to be on the crew working on the video project?

Lots more to follow in the days, weeks and months ahead as the impact of the conference spreads and grows.

Herbal love to all,